TKG operates the Radio Killid Network with local stations in Kabul, Mazar, Kandahar, Jelalabad,Ghazni, Khost and Herat. In 2010 TKG launched Afghanistan’s first radio station dedicated to Rock ‘n’ Roll. The Radio Killid Network’s unique blend of public service-oriented programming (cultural, political, developmental and educational programs), news, entertainment and music reaches millions of listeners and many of its original programs and public service announcements are shared with other, smaller and financially strapped, community radio stations throughout rural Afghanistan. In an environment where the media was formerly controlled by the state, suppressed or nonexistent beyond city centers, the growth of TKG during Afghanistan’s critical transition from war to peace has served as a valuable asset for all those dedicated to building a peaceful and open society. TKG’s audience reach is demographically, geographically and numerically broad. In addition to the Radio Killid Network, TKG manages a partnership of 28 affiliate stations across the country. 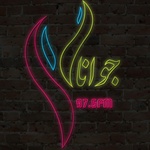